Inspired by a true story, Real speaks to all those who’ve ever felt they didn’t belong and reminds readers that all people are worthy of being included.

My name is Charity. I am thirteen years old. Actually, thirteen years plus eighty-seven days. I love sour gummies and pepperoni pizza. That last part no one knows because I have not spoken a sentence since I was born. Each dawning day, I live in terror of my unpredictable body that no one understands.

Charity may have mad math skills and a near-perfect memory, but with a mouth that can’t speak and a body that jumps, rocks, and howls unpredictably, most people incorrectly assume she cannot learn. Charity’s brain works differently from most people’s because of her autism, but she’s still funny, determined, and kind. So why do people treat her like a disease or ignore her like she’s invisible?

When Charity’s parents enroll her in a public junior high school, she faces her greatest fears. Will kids make fun of her? Will her behavior get her kicked out? Will her million thoughts stay locked in her head forever? With the support of teachers and newfound friends, Charity will have to fight to be treated like a real student. 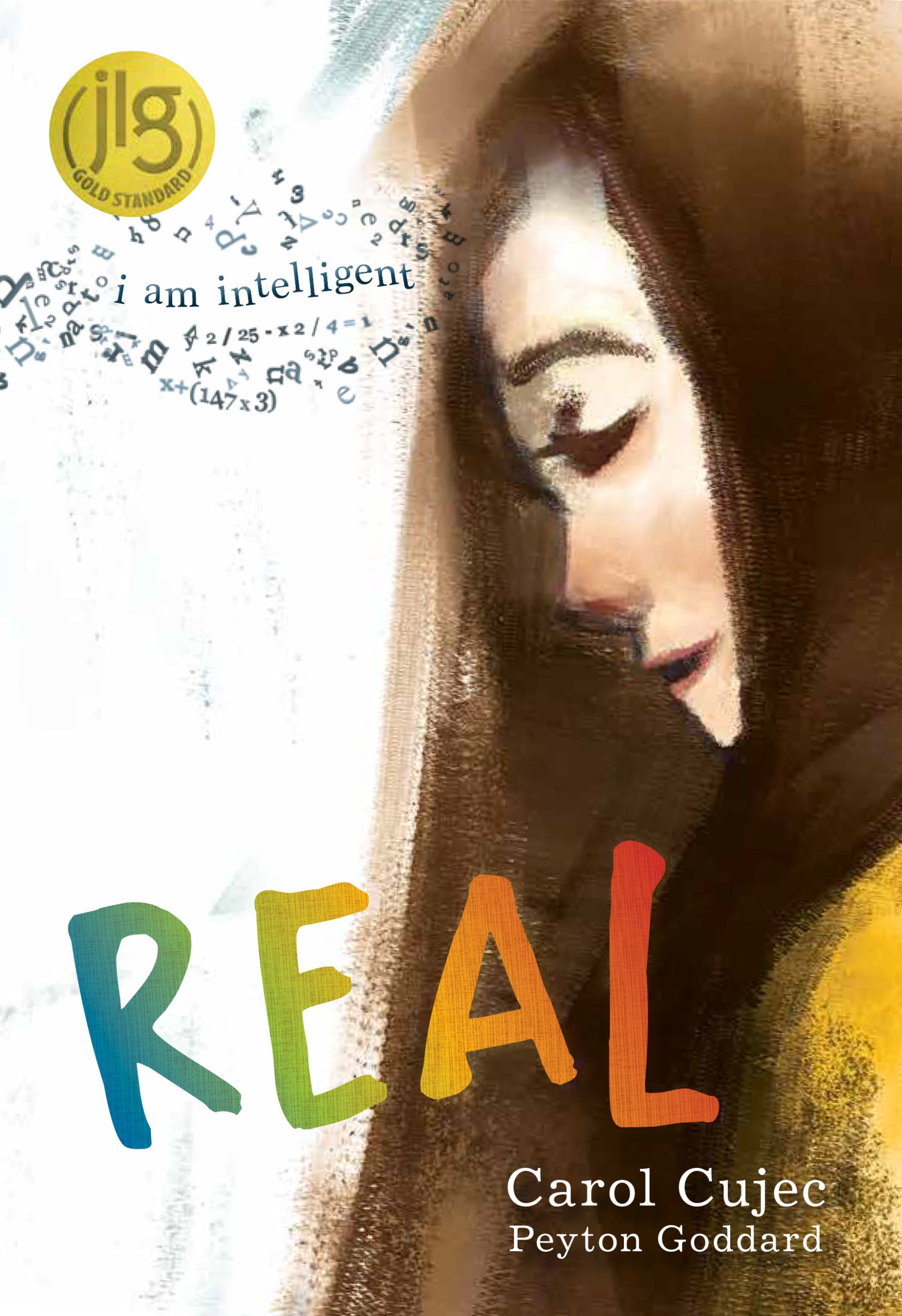 Written from the perspective of a non-communicative autistic 13-year-old, Real is a story of kindness, understanding, and the undeniable value that exists within everyone. Young Charity is used to being ignored because of her condition, but the world within her mind is vivid. When her mother decides that she is to start attending public school, Charity finds herself surrounded by her greatest fears.

This story is both heartwarming and heartbreaking. As Charity struggles to find her place in a world that wasn’t built for her, it becomes clear that people are more than willing to treat her like an object rather than a person. Her character is an example of how complex and amazing humans are when, despite what people see on the outside, there is an entire world in her mind.

Her experiences are a letter to the readers begging them to evaluate how they treat others. From the beginning, we see examples of how even the most well-intentioned gestures can be harmful if we are not paying attention. It starts with Charity’s mother dressing her for an event. Her mother thinks she is doing the best for her daughter by putting her in a pink cupcake dress, but the teenage Charity feels demeaned and is unable to convey her displeasure.

Throughout the book, Charity slowly learns to communicate for the first time in her life. As she grows into herself, she faces both ridicule from her peers and support from unlikely places. Her experiences are a lesson on discrimination. Even inaction is a negative action—taking a stand against bullies is the only right way.

Meanwhile, we as an audience can experience the world from her perspective. That is one of the reasons I loved this book so much. Charity’s narration is both witty and raw. She sees the world differently, but those differences make it beautiful.

Though this is technically a young adult novel, I recommend Real for anyone 13 or over. Empathy and compassion are essential lessons at any age, no matter who you are. The experience of watching Charity navigate bullies, friendships, family, and her own identity will stick with you.