The Plotting-Pantsing Continuum (aka Planning Your Story) 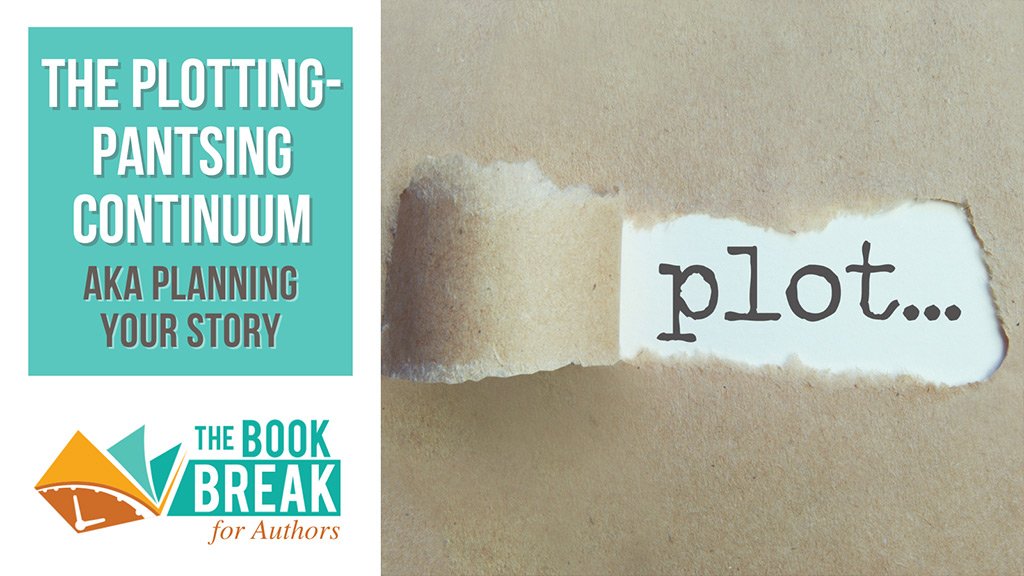 Before authors begin writing new stories, many will create thorough outlines as their roadmap. This process is often referred to as “plotting” because plotters prefer to predetermine the steps and beats of their plot.

Another, seemingly opposite, school of thought is called “pantsing,” meaning that certain authors like to “fly by the seat of their pants” and just write.

But if you’re newer to novel writing, it can be hard to figure out whether you’re a plotter, pantser, or somewhere in between. More than a strict divide between the two, many writers view the two opposites as part of a continuum, which includes various outlining and discovery writing approaches.

Story outlines come in many shapes and sizes, and there are many tools and guides for authors to craft them. Some established books, like Save the Cat Writes a Novel, walk through the main “beats” in stories. Other recognized techniques include scene-and-sequel, in which a story will alternate between events (scenes) and transitions (sequels). Plus, depending on how thorough an author wants to be, they can use software, like Scrivener, to create and store their outlines.

When considering how much you want to outline, ask yourself, “How many steps would I need to describe a story?”

If you use beginning-middle-end, you might work well with a three-act structure. If you want to work in a few more twists and turns, consider a five-act structure, or the seven-point story structure, each of which have many examples and diagrams. Each of these could have many cells in a spreadsheet or just a few bullet points.

If outlining is new to you, you might want to take some writing workshops, like Dan Brown’s Master Class or any in-person writers’ conferences in your area.

Another important factor for planning is asking yourself how much you, the author, want the joy of discovering alongside your characters. Several authors, including Brandon Sanderson and Stephen King, have said that too much planning can kill a story idea before it begins.

If enjoyment of the writing process is one of your main goals, then it might be more fun to plan a starting point and let the story carry you wherever it goes.

From the plotter to the pantser, many authors will self-check their story as they write it. In the short term, they might have one objective for the character to accomplish in the chapter they’re about to draft. In the longer term, they might ask themselves if the story is on track for the inciting incident, a major turning point, or ramping up for the climax. Some authors will set projected page or word counts for these major events, giving them something to aim for.

For fiction writing, both short and long, many prefer to know before they begin how they want a story to end so they can work their way toward that important and satisfying checkpoint.

Typically, plotting-leaning writers put more work on themselves before drafting by frontloading. They conduct research, write outlines; set up schedules. Due to this early work, the novel might flow easier and require less reworking and editing on the other side of the drafting process.

Pantsers, conversely, can surge forward indo their exciting new journey, but the lack of planning might mean more work after finishing the draft. They may have to rewrite for continuity, sometimes removing or changing huge sections of the narrative, or adding foreshadowing to support the eventual end.

Wherever you end up on the continuum, it is always helpful to know your own writing goals. If you intend to submit your work for publication, you also need to think about the speed and quality of your projects. If you’re writing just for you, aim for what brings you personally the most joy.