Novel Writing: How to Set Up Your Ending for a Stronger Payoff 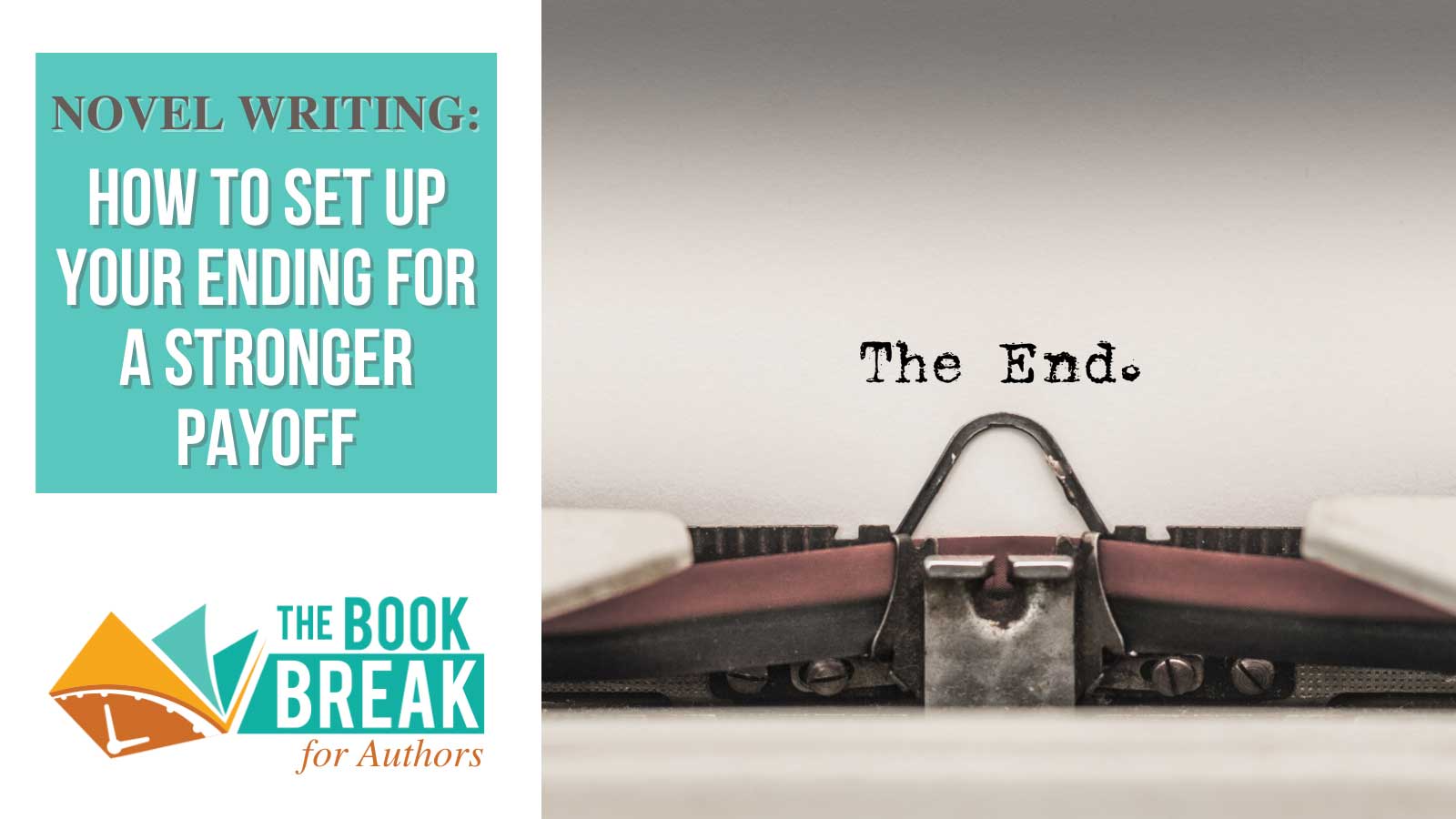 As we dig into the month of November, many novelists are working their way into new plots. Some have meticulously outlined, and others are making it up as they go. This question is vital to both:

“Will my ending be satisfying?”

Whether you’re writing the end of a chapter, a character arc, or the climax of the novel, an exciting conclusion is only part of the equation. A satisfying ending relies on the strength of the setup and the “seeds” the author plants along the way.

So what is the setup, and how can you avoid disappointing endings while enjoying the writing process more?

As readers, we all know the feeling of getting to the end of a book and thinking, “That was kind of a let down.”

Sometimes that feeling is the result of an anticlimactic final scene—maybe it was too easy for the heroes, or the biggest wrongdoer of the story never learned their lesson or received their comeuppance—or, possibly worse, we read (and reread) the twist while still thinking, “Huh?”

Strange though it may sound, these dissatisfied feelings often stem more from the setup than the ending itself.

Here’s an example: What if someone had you watch their favorite episode in a late season of a very complicated show, promising you something life changing? Well, you can watch the Hodor scene in season 6 of Game of Thrones, but it won’t mean nearly as much to you if you haven’t seen the pieces leading up to it.

There are many different terms for the plot setup. Some people will refer to foreshadowing or planting seeds. Brandon Sanderson calls it the author’s promise to a reader, which leads into the progress and eventual payoff.

Essentially, everything the author says early in a story will establish the realm of possibilities for the rest of the narrative.

In one great example from Ready Player One, the novel, Ernest Cline let’s readers know through world-building flavor text not only the main objectives of the story, but also the kinds of obstacles that might get in the way and the kinds of elements that could swoop in to save the protagonist in the end.

If your fantasy story includes a super-powered sword that has a chance of breaking, you might need to shatter another important artifact early on; if you want your secret agent to know the secret passages in the Vatican’s sewer systems, you might want to plant a line about the kinds of pipes they’ve crawled through in past missions.

For more examples, check out Screencraft.org’s list of movies that applied this process well. You might find some inspiration for your story.

The Fun Part for the Author

The next time you go through a haunted house or sit down for a coursed dinner experience, picture how much fun it must have been for someone to create that progression or journey for you.

If you know how you want your payoff to go—event, mood, major character change—then every scene that hints toward the payoff can feel more exciting! You are setting up clues like meticulously arranged dominoes, which your reader will get to see fall into place exactly as you intended.

Ultimately, when setting out to write an entire novel, you want to make sure it’s something you would be excited to read. When you’re wading into a new scene, possibly approaching the big ending or reveal, think about the foundation you’ve already set down. Think about the setups, hints, and questions you provided along the way.

Ask yourself, “Would I find my ending satisfying?”