Why You Should Read More Tragedies 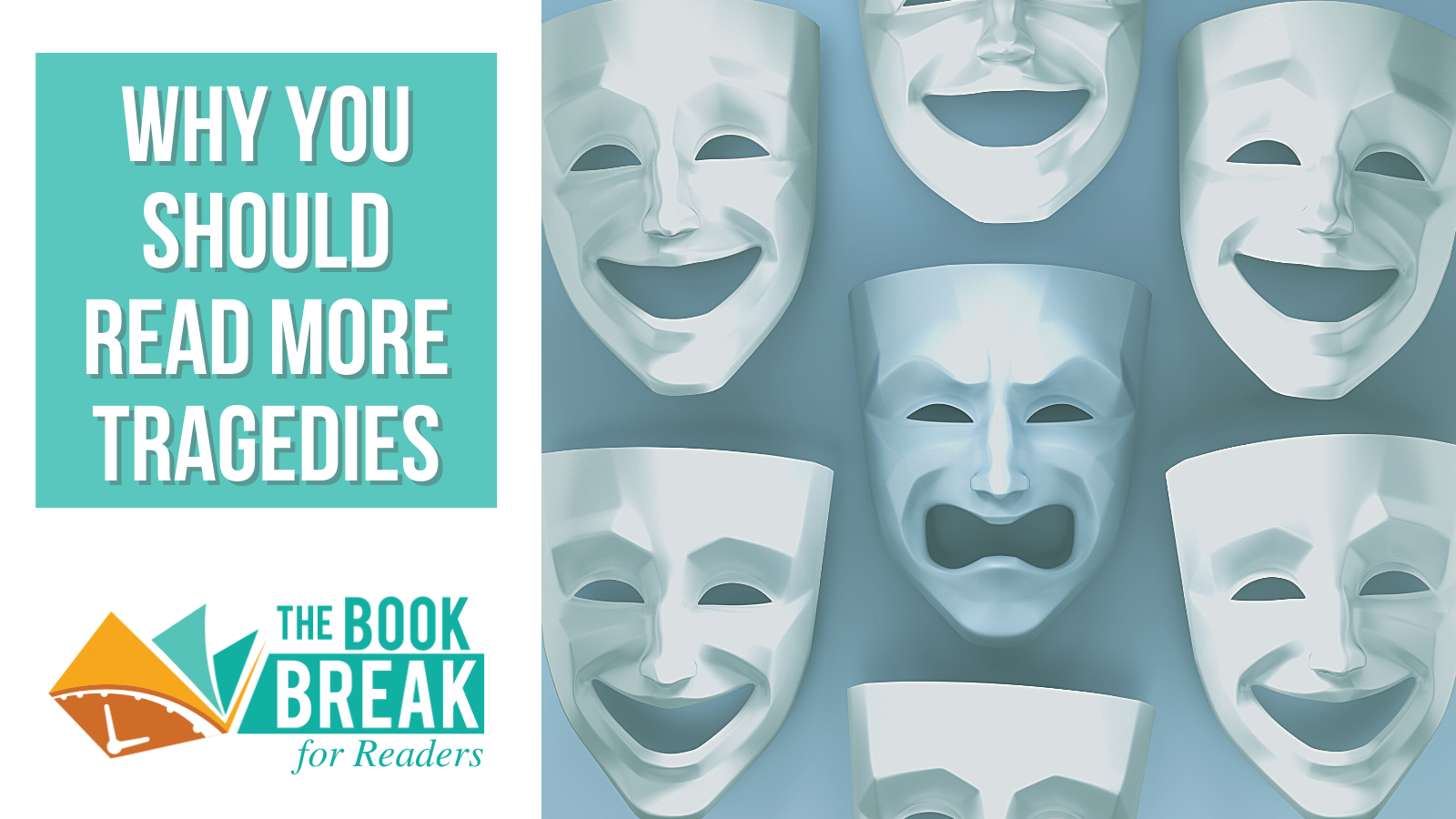 Have you ever had a friend begin recommending a book by using that line?

If any story has a reputation for being a tearjerker, you might find yourself wondering why anyone would consider that a positive recommendation. And yet, many of the most award-winning films of the last century were tragedies, and many of those were based on novels or biographies.

What is it about tragedies that audiences find so compelling, and why should you give them a shot?

Whether we are compelled to the edge of our seat by suspense, scared out of our wits by horror, or moved to tears by tragedies, one thing is certain: we have become emotionally invested.

Stories of any genre that stay with us are those that make us want to connect with and root for the characters. Sometimes, we will see ourselves in the protagonist. Often, we will empathize with their struggles and share in their emotions.

If we don’t really care about a character, we won’t cheer at their triumphs and we probably won’t shed a tear about their defeats. In John Green’s The Fault in Our Stars, the ending’s emotional impact is the product not just of the characters’ misfortune, but because readers are drawn into a romance between those likeable and believable characters.

So, when someone tells you a book made them cry, it means that the author made them feel a strong emotional investment.

Through Someone Else’s Eyes

All of that character connection and empathy opens another important door for a reader, which is very similar to why people read creative nonfiction. We get to see a personal hardship through someone else’s eyes and to know an experience outside of our own.

While it’s possible that you could relate more to a character who shares your age, gender, ethnicity, occupation, and pet preference, one mark of a well-written tragedy is the opportunity for any reader to step into the protagonist’s shoes.

In the case of young-adult fiction, sometimes we can connect merely by seeing a time when someone felt embarrassed or rejected—experiences so common that they can help us form emotional investment with a character very different from ourselves.

Because tragedies often feature more intimate emotional experiences than action or mystery novels, audiences can expand their perspective through realistic depictions of struggles.

In his fiction novel The Book Thief, Markus Zuzak gives a new generation of international readers a different way of approaching a major historical tragedy, the Holocaust.

Well-conceived tragedies can help readers experience catharsis, which is a little difficult to explain without going into the historic tradition of tragedy.

In ancient Greece, the writers believed that watching a character’s downfall would bring out feelings of sorrow, pity, and fear in the audience. At the end of that story, after the worst had occurred, they wanted the audience to let go of those negative emotions and experience a cathartic purge—often with tears.

If you’ve ever read or watched The Notebook by Nicholas Sparks, you might be among the many people who attest to sobbing at the end. After having a good cry about the ups and downs of that love story, you might have also felt refreshed and at peace. Many medical and psychological studies say that crying releases stress because, in a manner of speaking, the negative emotions suddenly come flooding out.

Emotionally investing and building empathy through stories can be a powerful learning tool, and although not everyone is looking for a good cry all the time, when you need one, consider picking up a highly-recommended tragedy.